The Impact of the Shadow Feminine on Men 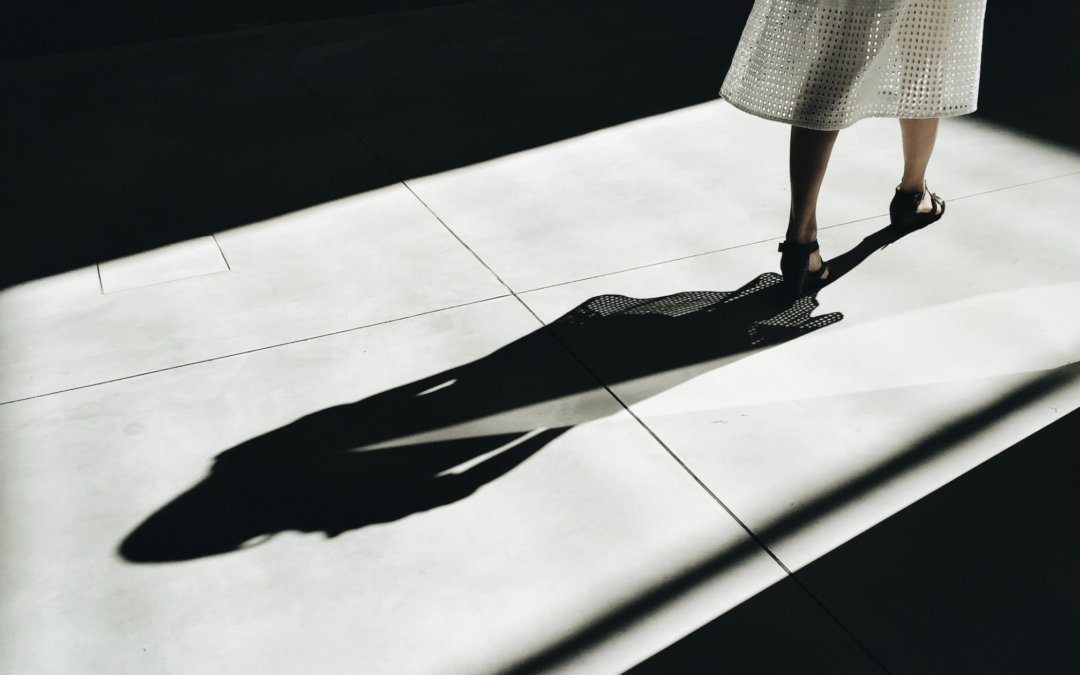 All human beings have many different aspects of shadow in themselves. As we go from baby to child to teen to adult, we hit bumps along the way. The way we cope with tough moments, or the times we aren’t deeply recognized, is to build unconscious defenses— our survival strategies. These strategies got us by when we were young, but if left unchecked, they can derail our relationships and lives as adults. These are what we think of as the shadow. We also each have many wonderful qualities — this is what we call our inner gold. Often this gold is hidden or distorted by the shadow, and needs some work to ‘excavate.’

Both the masculine and feminine have shadow aspects. Any shadow develops because we have been hurt, not met with love, or not been protected. For example, the shadow masculine of the “tough stoic” may get imprinted on a boy when a parent says repeatedly, “Stop it! Boys don’t cry.” The shadow feminine of “the manipulator” may develop in a passionate young girl if her parents don’t consistently reflect back to her her own goodness and value in a deep way, or if they diminish her feelings rather than seeking to understand.

There are many factors involved in shadow development and to be sure both boys and girls can develop masculine and feminine shadows. The shadow feminine, for example, shows up in both men and women. Today, we’re going to talk specifically about how being wounded by a woman acting out of her shadow feminine can impact your life and relationships as a man.

What is the Shadow Feminine & How Does it Impact Men?

The shadow feminine is the part of us that will criticize, withhold love, and manipulate another person. This often is more subtle rather than overt. For example, if you are doing something nice for your partner, like making them dinner, and they step in and say “thanks, but you forgot to do the dishes,” that’s an example of the shadow feminine. It comes in, says something negative, derails our sense of pride in what we’ve created, cuts us down, and leaves us wondering what just happened. There’s a sense for the man that he can’t win, like the life energy is being pulled out from the back of him and it leaves us feeling like our humanity—our gold—is not honored or recognized.

For men, the impact of the shadow feminine is sharp and demeaning. It cuts deep into their self-image and how they interact with other people. The shadow feminine often preys upon boy’s and men’s insecurity — in our culture, boys and men are taught to provide, taught to serve, and want to feel like their service is good. The gold masculine in men wants to be a hero. It wants to be loving, generous and it wants itself and others to win, but for the shadow feminine, nothing is ever good enough and this is an excruciating space for men to be put in. It feels life-draining as opposed to life-giving.

Why does the shadow feminine do this?

This is the unique set of defense mechanisms of the shadow feminine. We were hurt and our needs weren’t met, and this was the way that we could attempt to gain validation, approval, control, power, or a sense of safety. For example, many women in society have been made to feel powerless and have been hurt or abused. As a result, many women have internalized the idea that they are not worthy of love. So their shadow constantly seeks validation and approval to know they are worthy of love. Or if they were disempowered, we found more subversive ways to exert control and regain a sense of power. So this cycle continues- we have an unmet need or a deeper wounding that we have not healed, so we can then react in a defended, shadowy way. While the shadow masculine can be more in your face and dominating, the shadow feminine is more coercive, manipulative, and harder to point to.

How do we begin to heal from the impact of the shadow feminine?

1. Explore your relationship with your mother.

Our mothers, like the rest of us, have a shadow. When we look at the imprint we got from our mothers, we can start to unravel how it may have impacted us. This isn’t to shame or blame your mother or primary caregiver – we honor that they had gold in them as well. But it’s important to shine a light on the ways we may have been impacted by our mother’s own shadow. You can inquire: What are the stories you carry about yourself, as a result of her way of raising you? How do they show up in your relationships now? In this way, we can find where it originated, and start to heal the pain. When we bring awareness to the shadow, it allows us to become anchored in ourselves rather than feel like we’re constantly reacting against the shadow feminine—wherever it shows up in our lives.

2. Be in the presence of the Gold Feminine

One of the biggest things men can do to heal is to be in the presence of women who are aware they have a shadow, who have consciousness around the impact it has and who are working to cultivate their healthy gold. Simply being in the presence of women like this is soothing to the parts of us that have been negatively affected by the shadow feminine.

If we don’t lovingly and compassionately bring the shadow to light in both men and women, then we’re going to get stuck in the same patterns.

If you’re ready to dive deeper into uncovering how the shadow feminine has impacted you and work to reclaim your whole self, then check out our Men’s Immersion Weekend, where we focus on helping you get unstuck in relationship to the feminine, find confidence again with women, renew your sense of purpose, step into healthy manhood, and much much more.