The Voice of Our Creative Stories 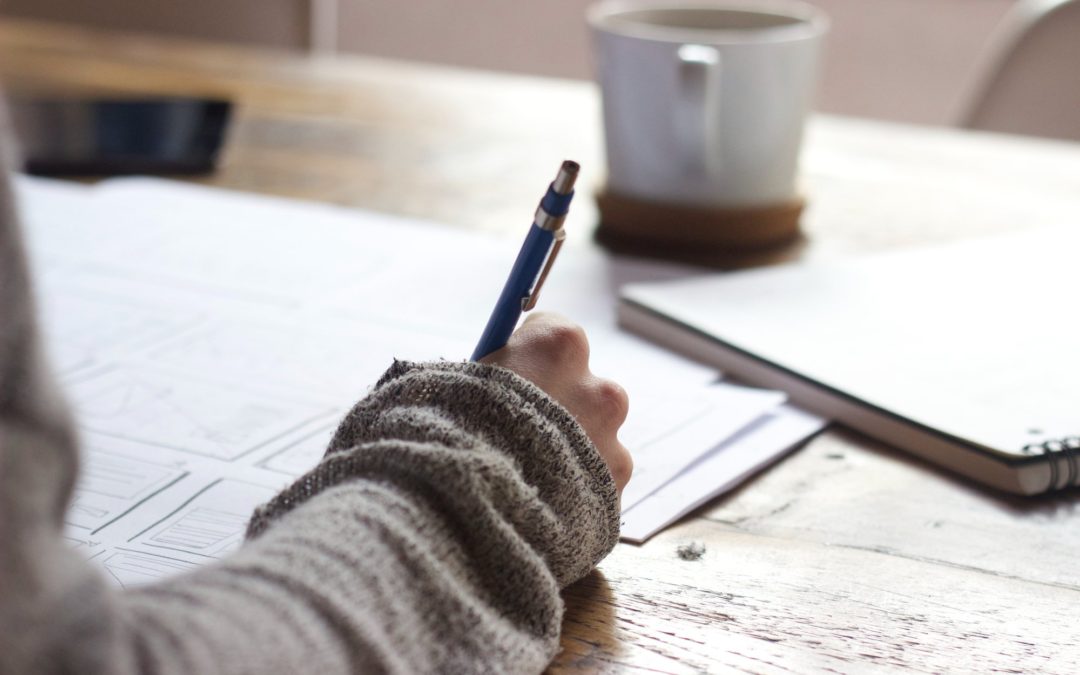 As a recovering type-A overachiever who values hard work and accomplishment, I have spent most of my life battling against the constant loop in my head that tells me creativity is a waste of time. The tape has a variety of different messages for me, some of which you might relate to:

“There are more important things to do.”

“Who do you think you are?”

“Only incredibly gifted and lucky people ever make a living writing.” (My preferred form of creativity)

“You’re not a real writer.”

I think you get the idea.

There have been rare times in my life where I have battled through these voices, stubbornly creating anyway. I’ve written poems and stories and even a book, most of which have not seen the light of day. I’ve taken painting classes just for fun. I’ve bought watercolor pencils and beautiful chalks and spent half a day during a vacation allowing myself to use them before they went back onto the shelf when I returned to “real life” never to be picked up again. Sometimes I move my furniture around just for the hell of it or take on a home improvement project just so I can feel like I’m creating something.

These bursts of creativity have never lasted very long. Within days, hours, or sometimes even minutes, the voices take over and remind me that I should stop doing this thing that wastes my time and go find something productive, like clean the kitchen, or find some actual paying work I can do. And most times, I would stop.

“After all, I am not a writer,” I would tell myself. “I’m not really a ‘creative’ type. I’m certainly not a professional.”

Of course, I could back up those statements with facts, which my voices loved. There were no published articles, no people knocking on my door asking me to write things, no paychecks coming in from my art. I conveniently ignored the fact that this was likely in part due to the fact I’d never submitted anything anywhere, never showed most people my writing, never asked to be paid or even allowed the possibility of it. To me, doing so would have only proven the point I already knew to be true: I had no right to be creative.

Then, three years ago, I started to write down the stories people were telling me on the road for The Just Say Hello Tour, a van tour I took around the country for four months telling the stories of people who are homeless. People responded, sharing them all over the internet. Several mentioned that while the stories were powerful, so was my telling of them. There was something about the way I wrote them that got through to people. I started to question the long-told story that I had written for myself that painted me without talent.

The last few years have continued to be a battle with my anti-creativity voices, though I have won more rounds. I’ve submitted to publications, published several pieces, and even garnered a few paychecks. In a recent win, The Washington Post published an article I wrote and in the byline, the printed, “Jennifer Underwood is a freelance writer.” It felt like God themselves had come down and granted me this long yearned-for title, impossible even for my voices to take from me.

But, the battles are not over. I’ve noticed how often I sit down to write and feel the pressure to make it productive. While there’s now a part of me that knows that my writing helps people and feels like maybe one day it could lead to a career, there’s still a part of me that believes that if it’s not doing either of those two things then it’s not worthwhile. The voices have added new sentences:

“Does the message match your brand?” (as if I have a brand)

These voices tend to make me think I need to go clean the kitchen as much as the old ones did. It’s frustrating. I want to write more, and I also want to simply rest and enjoy my creativity in whatever form it takes. Plus I really hate cleaning the kitchen.

As a storyteller, I know there is so much power in how I tell a story: the words I choose, the direction I choose to look at something from, the moral I want the audience to receive. I have the reins.

So from this place, I’ve been thinking a lot about doing a major re-write of my creative story. What would it look like to believe that creativity was a human need, as important as eating or sleeping? What if the only intention behind my creativity was to play? What if I let myself rest, fully doing nothing, until creativity sparked, and then ran excitedly to grab it? What are the voices I’d want to hear instead? I have some ideas:

“What a beautiful thing you are making!”

“I love that you do this for yourself.”

“Enjoy the process, that’s all that matters.”

“There is nothing else you need to be doing right now.”

“You deserve to be creative, and it doesn’t matter if it ever goes anywhere.”

These voices tell the story of a woman who believes that creativity is essential and fun and lovely and worthwhile on its own merits, without ever needing to be productive or valuable or even consumed by other people. Isn’t that such a better story? I know it’s one I’d certainly rather read, myself. Now, I just have to write it.

Jen Underwood is a communications and career coach who combines strategy, mindset, and accountability with deep emotional wellness work to help people take control of their lives and dissolve the blocks that are getting in the way of the lives of they dream of living.

Interested in working with Jen? Learn more about her work on her website or schedule Free Discovery Call to talk about coaching with her.